A classic(al) change on the AM dial 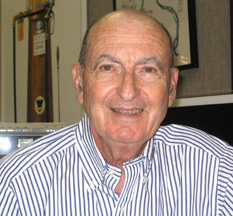 You have to admire Saul Levine. Past the age when many retire, he continues to be a significant presence in Los Angeles radio. His GO Country 105 (KKGO) continues to succeed, serving local country music fans for the past 13 years. He provides the music for Cal State Long Beach’s K-Jazz (KKJZ), one of the most listened-to jazz stations in the U.S. What characterizes the owner of Mount Wilson Broadcasters is his willingness to take chances. His latest ambition is to bring back classical music – and on the AM dial.

“Starting December 1, we’re bringing back classical to L.A., AM radio is the vehicle,” said Levine. The new K-Mozart (KMZT) is replacing the current L.A. Oldies K-Surf (KSUR) “It will be pretty much the same as the K-Mozart of the past, but there’s been a lot of new classical music that’s come out over the last 20 years. We pick the music that the public wants, not what we want.” 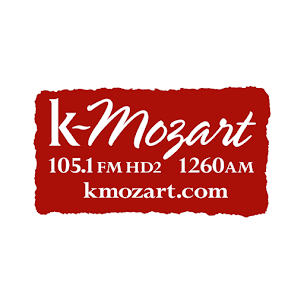 “There’s a change in society. People want to find relaxation they find with classical music. It’s wonderful to offer a choice,” said Levine.

He said his station will be utilizing the latest in AM HD stereo technology. “Just as I activated KBCA 105.1 FM on February 18, 1959, at a moment in history when the technology for FM was unknown and few radios could even receive FM signals, I am launching hybrid analog / digital 1260 as KMZT hybrid AM Radio.” In addition, he’s erected four new radio towers along with a 25,000 watt transmitter. “And I have the engineers who understand hybrid AM and who have tamed the technology to rise to new heights of fidelity.”

“I live in Brentwood, it’s a disaster for AM until I purchased an AM HD receiver, it really cleaned up the audio,” said Levine. He looks forward to eventually going to the all-digital AM system (known as MA-3, currently being tested in the U.S. and Europe), but not quite yet. “There’s (also) not enough sets. It should be viable in the next two years.”

Classical music was previously available on an alternate HD channel on KKJZ. “We were testing the concept on 88.1 FM. We could get a feel of what was going to work.  Los Angeles needs another classical music station. I am saying that with 62 years experience, we can do it.” Levine is also hoping his AM 1260 will drive listeners to also hear his station in full digital mode at www.kmozart.com. KMZT will also be simulcast on 105.1 FM HD4, plus there is a K-Mozart app.

Levine said the LA Oldies format on AM 1260 “had a very enthusiastic, very loyal following, but we couldn’t monetize it.” The oldies will continue on 105.1 HD2 and streaming on www.laoldies.com, “and I wish I had more stations for oldies, an FM for classical…I could do an all-Sinatra station,” he said. “But we should be able to cover half of the market with the improved, high fidelity AM signal so we can satisfy the interest for classical.” Financially, K-Mozart will be counting on listener support in order to sustain the programming.

When asked why he doesn’t simply sell his stations – his FM station could arguably attract a record sale price with the AM still worth millions of dollars – Levine offered a one-word explanation, “passion.”

“A very important element in my life. My parents escaped from Eastern Europe as pennyless teen agers, I was taught the value of work and what a BEAUTIFUL nation America is. We moved to a rural part of Northern Michigan where I grew up on a farm and where my Dad started a Country Store where I worked every day when not in school. We had to compete with JC Penney and Sears, which is equal to competing with Clear Channel (now iHeart).” 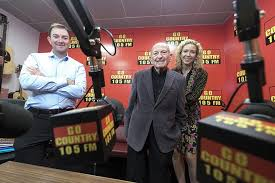 Levine added “I was exposed to discrimination and dealing with the Nazis. That is why I am proud that I employed minority people whenever I could. I desegregated L.A. Radio in the 1960s. I experienced hatred for being Jewish. My neighbors who became Nazi sympathizers tried to harm me.” When he was 16 years of age, Levine visited Alabama. “I was dismayed by the treatment of Black persons. The KKK got word of my friendship with Black persons and two KKK thugs threatened me. I attribute all of the foregoing for hard work and pursuit of broadcasting and why I did not sell out.”

“I have enough to live comfortably…I feel a passion for radio more than the money. I don’t need hundreds of millions of dollars,” said Levine. “I’m not a genius. You show up every day. I’ve done that for 60 years and it seems to work.”