Showing posts from June, 2021
Show all

"We've got a lot to talk about" :  Promising to be “unapologetically progressive,” Tavis Smiley ’s new talk station KBLA (1580 AM) debuted this week. I’ve sampled the station at different times. I listened to Don Amiche , formerly of KJLH, during a Sunday night sneak preview, making some comments (“I don’t like other groups hijacking the discussion about racism”) which were quickly challenged by co-hosts Crysta and Kiara . The station describes the duo as “not one, but two, brilliant Black women, whose aim is to keep (Amiche) in check. We’ll see.” Most of my listening has been spent with comedian Alonzo Boden . I admit I’m a fan of his, having seen him during a live taping of NPR’s “Wait Wait Don’t Tell Me” at L.A.’s Greek Theater in 2018. So far he’s demonstrated he’s done his homework, offering details to support his arguments. Nonetheless there hasn’t been much comedy on his show, I’m hoping to hear more of his witty observations of current events in the days to come.
1 comment
Read more

Mornings with A part two and more short takes 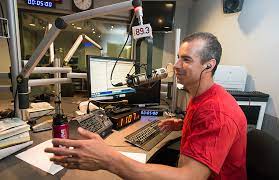 We shared last week part one of our profile of A Martinez , who completed his work last Friday at KPCC to prepare for his new gig as co-host of NPR’s “Morning Edition” program (read part one here ). We rejoin the story as we learn how A Martinez got his on-air moniker:   John Ireland , who worked with Martinez at both XTRA Sports (KXTA) and 710 / ESPN (KSPN) explained how George Martinez (his legal ID) became A Martinez. “Back when we started in 1994, whenever ( Steve ) Mason needed something, he would yell across the room, ‘hey, Martinez!’   People around the office kept asking why we kept calling him ‘A Martinez,’ and the name just stuck.” Ireland added “even though A’s now a big star, this obviously shows he still has his sense of humor, which was always my favorite thing about working with him.” Eventually Martinez transitioned to a more active on-air role. Among his notable roles was the host of post-game shows for the Dodgers and the Lakers. “I’d encourage fans to vent i
Post a Comment
Read more

Mornings with A part one and a few short takes 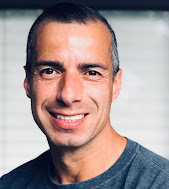 It’s always fun to do a story on local talent that’s heading for a national engagement. A Martinez is about to leave Pasadena’s public radio outlet KPCC and head to NPR’s signature program “Morning Edition.” We were interested in exploring Martinez’s Southern California roots as he prepares for his new gig. Martinez is a born-and-raised Angeleno, claiming downtown as his birthplace and being raised in Koreatown, near the intersection of Wilshire Boulevard and Western Avenue. “My family moved from Ecuador in 1969 and I was born in 70.” He attended local schools, including Daniel Murphy High School. “The thing I remember most about my school years back then is being so glad that I was growing up in a big city and getting to know so many different kinds of people.” mediamoves.com The future sportscaster played high school baseball while at Murphy High School. “I was really terrible at concentrating in any class aside from English or history so I seemed to be drawn to storytelling.”
2 comments
Read more 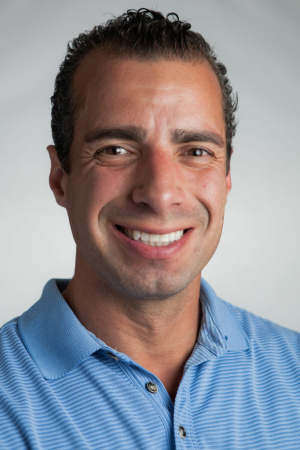 Let me start off with some good news. How’s about a hometown “kid” off to the big time? A Martinez is leaving KPCC and his midday “Take Two” program for the big time. The L.A. native is joining NPR’s signature program “Morning Edition” starting this summer. We’re working on an interview, but for the moment, it’s worth noting he’s officially departed the KPCC studios. He did post a before-and-after pic of his desk as he departed the Pasadena studios of Southern California Public Radio. Evidently he’s a major  fan of The Flash: As of Tuesday (June 1), Tim Conway Jr. nor his producer Sheron Bellio returned back on the air, with  Mark Thompson still sitting in.  Photos courtesy allaccess.com We received some more responses from the May 27 blog posting (read it here ), including one reader who said “if you heard (the skit) in the proper context, it wasn’t so bad” to another reader declaring “Conway should be gone, now!” A veteran consultant offered the following observation: Someth
Post a Comment
Read more
More posts