Eric Tracy: The Mulligan Man tees off against cancer 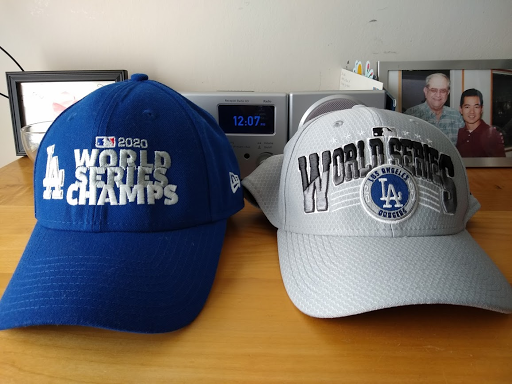 I’m preparing today’s entry wearing my Dodgers 2020 World Series cap – my sons and I actually bought two hats, much to the chagrin of my wife (the phrase “much to the chagrin of my wife” appears a bit too often in my writings, now that I think of it). Worth noting, when the Dodgers finally claimed the World Series a few months ago, my boys and I were high-fiving each other, excited the 32-year championship drought was finally over. Of course, my wife was in another room, appearing about a half-hour later simply stating “all this ruckus.”

If it isn’t already obvious, I’m a lifelong Dodger fan. Given my many long commutes over the years, I often listened to more games than I was able to view. Of course it was wonderful to hear the baseball poetry of Vin Scully, the detailed descriptions of Ross Porter, the insight of Don Drysdale, or the current back-and-forth (and frequently hilarious) banter of Charley Steiner and Rick Monday. 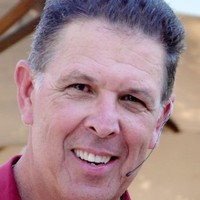 Prior to both pre-game and post-game Dodger Talk, there were a series of Dodger feature shows called “Dodger Forecast,” “Dodgers Confidential,” and “Baseball Spotlight,” hosted by Eric Tracy. Way before there were shows offering “insider” stories presenting up-close-and-personal renderings of the players on the field, Eric was sharing stories every night throughout the long baseball season. 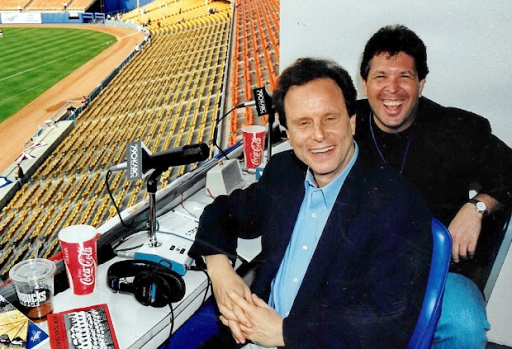 He also teamed up with Steve Edwards as co-host of KABC SportstTalk. Said Steve about his partner: “I once said in an article jokingly that Eric was in the top 25 of my co-hosts. We had a great time doing SportsTalk together.” They were definitely a team. “(Eric) would often pick me up – we’d stop for some big containers of coffee, hit the station and off we’d go.” 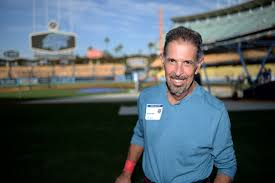 Los Angeles Daily News
When the Dodgers moved from KABC Eric moved to KFWB serving as a sports anchor on the all-news station.

One other detail about Eric is his passion for the links. He turned his love of golf into a full-time effort, called “The Mulligan Man” (www.themulliganman.com). He helps charities plan their fund raising efforts as a much sought-after tournament consultant, as well as an event planner, Master of Ceremonies, and an on-course entertainer. He’s performed at over 500 events raising millions of dollars. He also penned a monthly column for Southland Golf Magazine. 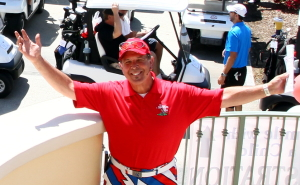 Eric is a cancer survivor, having successfully battled a diagnosis back in 2016 of Head and Neck Cancer.  Four years later, this past New Year’s Eve doctors discovered a tumor on his esophagus. Last week, he posted an update on Facebook:

Hey friends and family, the City of Hope treatment plan for my esophageal cancer is now in focus. It’s not a pretty picture.

Discovering this esophageal tumor as early as they did-exactly two weeks ago, they hoped to “pop it out,” like a zit, thru an endoscopic tube.  Alas, I ain’t that lucky.

With esophageal cancer I am told, size doesn’t matter. (Please pause here. Mentally insert whatever humorous thing you can no longer say out loud.)

Anyway, how deep the tumor is in the esophageal wall is the issue. The good news is the pathology came back and the cancer isn’t in my lymph nodes. So, it’s not floating thru my blood stream screwing with other organs, at this point.

Nevertheless, I’m still getting ready, mentally and physically, for 27 rounds of radiation and 5 chemotherapy treatments. Believe me, I’m not being Cavalier when I say, that’s the easy part.

Then after a month or two to recover from the chemicals and rads, I then face an 8-hour surgery to remove two-thirds of my esophagus and a third of my stomach. The folks at COH don’t want to just kill my cancer, they want to step on...Oops, don’t want to go there.

I am blessed. I’ve got my girlfriend of 10 years, Cathy, my kids, my truncated family, and all of you FaceBook friends.  You’ve been so wonderfully kind, encouraging, and funny—don’t stop that, I’ll need lots of humor.

Don’t stop the prayers either.

Every day has been a bonus since winning my first bout with cancer. Five years ago God, the City of Hope, and an immunotherapy clinical trial saved me.

God never left me. Nor me Him. The City of Hope is still my cancer team. And I still have all of you. 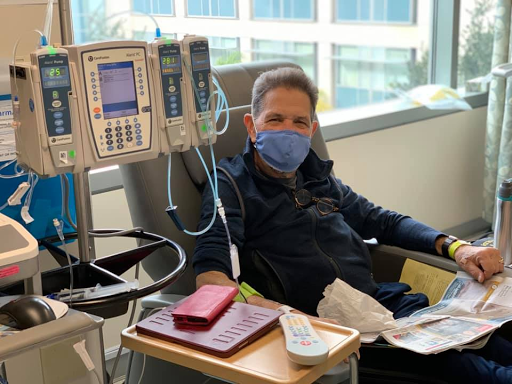 The last time his Head and Neck cancer tried to take out Eric Tracy – even spreading to his chest and lungs – he was able to beat it back. My guess is he’ll not need a Mulligan with this latest bout with malignancy, I’m expecting a hole-in-one performance.