thewrap.com, ramp247.com
Kevin Ryder, half of the longtime duo of Kevin and Bean on KROQ and recently released by the Entercom station, is joining Doug "Sluggo" Roberts at Meruelo Media's KLOS for afternoons.
Ryder told AllAccess.com:

I’m happy KLOS has lowered their standards just enough for me to slip in. Everyone at the station, starting with Heidi and Frank in the morning, are having fun, and love the music they’re playing. I’m happy to be working in the afternoon, with my longtime friend Sluggo, because one of us needs to be able to use the English language sufficiently. Plus, I need my beauty sleep to remain at the top of the modeling game. I’m looking forward to reconnecting with listeners and having fun on the air in L.A. again! 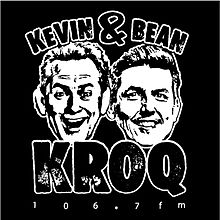 For three decades, Ryder and Gene "Bean" Baxter hosted KROQ mornings until 2019, when Baxter decided to move to London. The duo was recognized by the National Association of Broadcasters in 2015 by inducting them into the NAB Hall of Fame.

(l) Ryder, Allie Mac Kay, Jensen (r) Mike Catherwood
Ryder continued with a revamped AM drive show, Kevin in the Morning with Allie (MacKay) and Jensen (Karp) until Entercom fired the entire staff back in March, 2020. Ryder started - and will continue - his YouTube video podcast "Great News with Kevin and Mike (Catherwood)."

Roberts is the KLOS APD and MD, who took over afternoons from Gary Moore last June. He also was heard on KROQ "for decades" as well as helping program the alternative rocker and Entercom sister station JACK-FM (KCBS-FM). 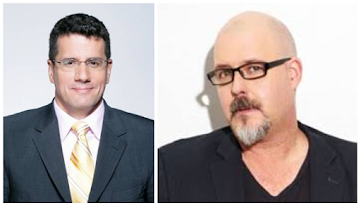