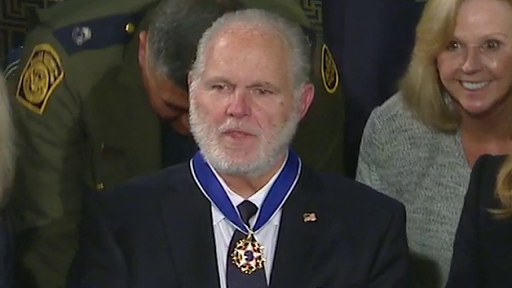 It was well known that Rush Limbaugh would be retiring sooner than later, plus his diagnosis of terminal cancer was also common knowledge. At the same time, his passing this morning is a shock if not a surprise. As recently as a couple of weeks ago, Limbaugh declared the second impeachment of former President Donald Trump indicated the "(Democrats are) not gonna be able to stop Trump from having a public life if he wants it, and when that happens — and they are waiting in abject fear for that."
One of Limbaugh's first stations when he started in syndication was with KFI, then a station that was still in the shadow of competitor KABC. I'm now working on a more detailed story about Rush's impact on the LA market.
My son told me on his Twitter feed, Limbaugh's distractors are offering "rest in p**s." My first response was this was completely disrespectful. But on second thought, I could see Limbaugh having a good laugh.