Rush Limbaugh and the Capitol City 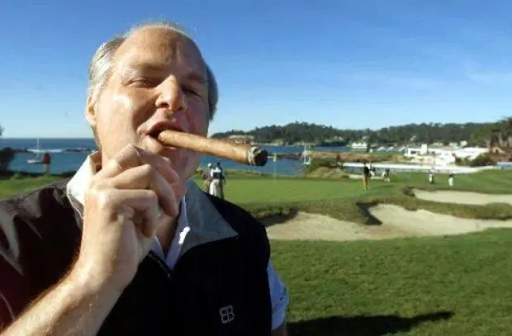 Before Rush Limbaugh was syndicated over 600 stations and became the American talk radio superstar, he first started his journey as an established talk show host at KFBK-Sacramento, a heritage news / talk outlet. He'd already worked as a disc jockey and for the Kansas City Royals baseball team, stating his days as a deejay were "a moderate failure." 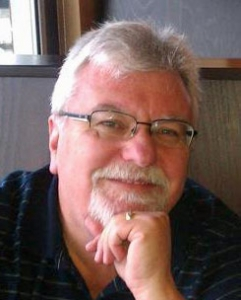 Courtesy laradio.com
Dave Williams is now an award-winning news anchor for KLIF-Dallas. He's remembered in LA for his work at KRTH, KFWB, KNX and KABC, also for his work a news anchor. Back in the late 80s, Dave did morning drive at KFBK, co-hosting the number one program in the State Capitol. He was at the station when Rush Limbaugh got his start in Sacramento:
I worked with Rush at KFBK from 1985 until his departure for New York in June 1988. It was a great time to work at KFBK and Rush was a major part of it, not only for his enormous popularity on the air but because everyone who knew him off the air absolutely adored the guy. Over the years I've never heard anyone whose opinion caused me to wonder if he had changed. He was genuinely warm, humble and generous. I hope people will learn that side of him to understand the complexity that drove a good man, with an entertainer's heart and a patriotic passion that came from his upbringing in Cape Girardeau, MO.
I will miss him. 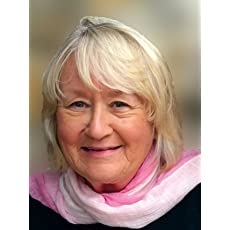 Joyce Krieg is a writer living in the Central Coast, her mystery books about talk radio are a great read (click here to find her books). Prior to this, she had a distinguished career as a journalist, including morning drive anchor and street reporter for KFBK which later evolved to her work as the station's Director of Promotions. She offers her recollection of the early years of Rush Limbaugh:
You may remember Rush replaced Mort Downey Jr., whom KFBK had to fire because of a racist comment he made about City Councilman Thomas Chin. So we had this three hour block in the morning with no one to fill it. The station auditioned a lot of different people, but none of them were quite right. We knew we wanted something "different," but we didn't know quite what that would be. The audition consisted of just going on the air, throwing you in there for three hours, and seeing if you sank or swam.  So one day in 1984 this chubby out-of-work disc jockey from Kansas City,  with the weird name of Rush Limbaugh, shows up to audition. I have this vivid memory of a bunch of us from the station lined up at the window into the broadcast booth, watching this guy do his thing, and we're saying to each other, "Hey, he's not bad. He's actually pretty good. This just might work...." So one day turned into an invitation to come back for another, and then another, and another.
As KFBK's Promotion Director, he was a dream to work with, because he was willing to do anything. By that I mean, he would accept any speaking engagement, no matter how small the group, and accept any invitation to be the guest emcee at charity events. My recollection is that he was basically a bit shy and awkward, but by accepting all these personal appearances, speaking to the Rotary clubs and Kiwanis and all that, he was able to get over all that and develop his public persona.
He was the hardest-working person I'd ever seen in radio. Not only did he do all these personal appearances, but he showed up every day at the station between 6 and 7 to prep for a show that started at 9. He'd read all the newspapers and watch all the morning news shows on TV. I think he must have realized Sacramento really was his last chance. Remember, he'd been fired from every other radio gig he'd ever had, and he was now in his mid-thirties. This was his last chance, and he was determined to make it work. That's the sense I got.
In the beginning, I don't think Rush really bought into all the "stuff" he was spewing over the air. He just stumbled onto something that resonated with the audience. It was show biz, pure schtick. But something happened when he went national. I guess after you've slept in the Lincoln bedroom and had Elton John perform at your wedding -- yeah, you start to buy into your own brand of b.s.
Rush gave me the nickname of "Blitz," thinking he was being very clever because of my last name. Blitz Krieg, get it? Actually, it's an old family joke. My dad served in World War II, so of course he was also stuck with that nickname. My feeling was, if someone gives you an obnoxious nickname, you can either be offended, or adopt it as your own, a badge of honor as it were. I chose the latter during my years at KFBK.
I always tell people my greatest claim to fame AND shame is that I worked at the radio station that discovered Rush Limbaugh and launched his career.
There's no doubt that Rush became a dominant personality in Los Angeles. Our next chapter will describe his start at KFI.
As always, stay tuned.