Some thoughs about a new "Audacy"

When a company does a rebrand, there’s always suspicions as to why. Sometimes a new name is adopted because their product has evolved into something that’s truly different. Other times, the rebrand is to distance the company from their past.

In 2014, Clear Channel rebranded itself as iHeartMedia. Its previous moniker was associated with some derogatory titles (remember “Cheap Channel?”), plus the corporation was carrying over $21 billion (!) in debt. But to claim the name change was just to distract the critics is – at least in my humble opinion – a bit limited.

Almost simultaneously, Premiere Radio Networks – an iHeart subsidiary – dropped “radio” from their name even though their 60+ personalities (some with local roots include Rush Limbaugh, Ryan Seacrest, JoJo Wright, Bill Handel, Leo Laporte, Big Boy, Colin Cowherd, Jason Smith, Hollywood Hamilton, not a comprehensive list) provide programming for thousands of radio stations across the country. But there’s also the iHeart Music Awards that get some attention in the press, plus the company’s foray into podcasts and streaming. It’s worth noting that the podcasts are now featuring (?) a decent amount of commercials, something for a future commentary.

More importantly, “Clear Channel” is a phrase rooted in radio (for you youngsters, a definition is provided here). If it’s true that radio is a passé medium, iHeartMedia is a more generic signature which allows the company to maneuver away from being thought of as just a radio outfit. Even people in the business will probably have certain memories about Clear Channel separate from their perception of iHeartMedia, though the previous corporate zeitgeist persists in various forms. 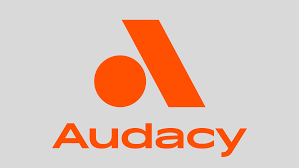 Which brings us to the new Audacy, the rebranding of Entercom. The company has its own negative publicity in their past, though generally their cost-cutting layoffs are done in a more “gradual” manner (“death by a thousand cuts” remarked one Entercom employee) than the sweeping RIFs Clear Channel / iHeartMedia are known for. When Entercom took over the CBS radio stations, there were numerous disparaging comments as the two corporate cultures tried to merge. If the stock price means anything, the company was once worth nearly $70 a share. Just over a year ago, the stock was trading below $1 a share (at this writing, the price is about $5). Their debt load is significant, somewhere around $2 billion (click here for details). Not to get too wonky about numbers, but Entercom has had some major financial struggles, exacerbated by the pandemic. 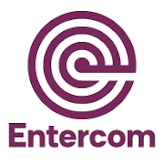 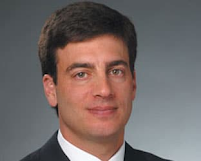 David Field, now the President / CEO of Audacy
Like Clear Channel, the name Entercom is primarily associated with radio. It’s worth noting the company will also rebrand radio.com to audacy.com, once again moving away from being associated only with radio. “The name Entercom no longer fit. We’ve outgrown it,” said Entercom, er, Audacy Chair / President / CEO David Field. Besides expanding their podcasting, the company is hedging its bet (excuse the forthcoming unintended pun) with sports gambling and adding more sports talk programming. Other plans include a reboot of “Loveline” (once famous on KROQ) and the debut of a podcast with Demi Lovato, who’s been in the news describing her near-fatal overdose in 2018.

It’s interesting to note the genesis of the new name. Variety stated “the new name is redolent of ‘audio’ and ‘audacity,’ and of course, its homonym ‘odyssey.’”  What it appears is the company will continue to focus on audio programming and not expand into YouTube videos, concert promotion, or other alternatives. 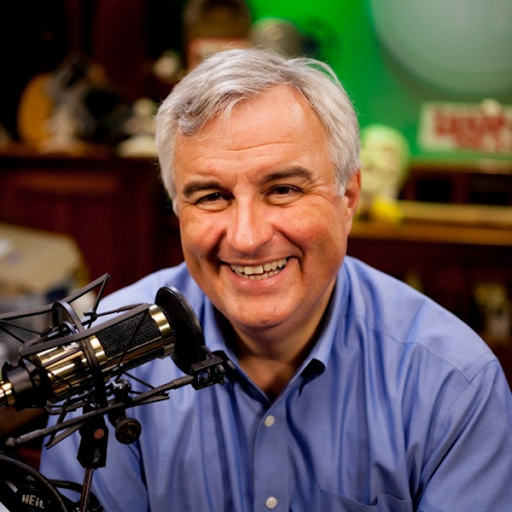 Leo Laporte, also known as “The Tech Guy” (KFI weekends) offered his comments about the future of radio:

I think it depends on how you define “radio.” The future for terrestrial towers is probably limited, but if you mean audio content delivered via the Internet, the future couldn’t be brighter. People love radio in all its flavors: music, news, talk, even drama. And all of that is available now, globally, with zero license requirements and at a tiny fraction of the cost. I couldn’t own a small town radio station, but I do own a global podcast network. And because the barrier for entry is so low, there is so much creativity in this space. Take a look at Clubhouse, which is basically a talk radio club, nine months old and already worth $1 billion!

If Laporte is correct, the rebranding and refocus of what was formerly Entercom is more than trying to forget previous corporate missteps. There’s method to the madness. Or will it be simply dismissed as gimmick?

That being said, I again reiterate what I offered in my story about “KGBS: The big station that could” (click here to see the story). It was a daytime-only operation that had some of the best talent on the Los Angeles dial (Hudson & Landry, Bill Balance, Dave Hull) and the ratings to prove it. The station’s GM said the secret to his station’s success was “get originals,” give the audience something no one else is offering. Being on the air from sunup to sundown didn’t limit their success.

Let’s see if Audacy – or for that matter, anyone else – can give the audience something original, whatever the means.