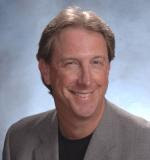 We're hearing from "sources on the street" some veterans of Audacy's all-news outlet have been let go. Frank Mottek, business correspondent and Randy Kerdoon, morning sports anchor have exited KNX, along with Rich Hudson, a production coordinator.
Mottek arrived at KNX from South Florida via WMJX ("96X") -- where he started when he was 16 years of age -- and then all-news WINZ. He was heard nationally along with CBS News correspondent Christopher Glenn when they covered the Challenger explosion in 1986. For the past 29 years at KNX, Mottek has served as field reporter and news anchor, but is perhaps best known for his work reporting from the financial desk. He hosted a weekly program entitled "Mottek on Money" and previously anchored the daily "KNX Business Hour." Mottek was also seen on both TV on KTLA and KCBS-TV.
When he arrived at KNX, one of his first field assignments was to cover the festivities at the West Hollywood Halloween celebration. It was a momentous "welcome" to the Southland.
Kerdoon was the weekend sports anchor at KTTV-TV, and was also seen on the award winning "FOX Overtime" program during the NFL season. He distinguished himself with features such as the "K-Files" and "Sports Around the World." A Southern California native, he worked at stations in the Central Coast of California, Reno and Salt Lake City before returning to his home in Los Angeles.
Kerdoon started at KWNK-Simi Valley and KFWB in 1989 until 1995, then joined KNX in 2003. Among his awards, he's received an Emmy for Best Sports Reporting, plus several Golden Mike awards, L.A. Press Club, and the "Mark Twain" award for excellence in sports journalism from the Associated Press.