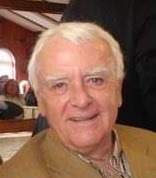 To be one of the KHJ Boss Jocks is a great legacy. To be the internationally known voice of Disney Productions for a quarter century is truly amazing. Mark Elliot claimed both distinctions. The familiar voice to so many in Los Angeles and beyond has died, leaving an impact far beyond the local radio dial. He was 81. 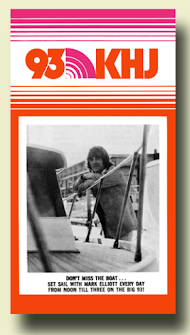 Courtesy 93khj.blogspot.com
Born John Frick Jr. in Des Moines, Iowa, he was known by the monikers Sandy Shore, Buddy Harrison, Ed Mitchell, before he became Mark Elliott (he eventually changed his name legally). He arrived at KHJ via RKO's CKLW-Detroit and KFRC-San Francisco. Elliott actually made two stops at KHJ, from 1970 -1973 and 1975 - 1977.
Known for his smooth delivery, it seemed natural Elliott would eventually find himself in the world of voiceover, but it wasn't easy. Ken Levine described Elliott's tenacity in getting started in the business (read it here). After studying the craft, it took a year before Elliott got his first gig, voicing the trailer for a movie that would eventually become one of the biggest of all time (see it here). 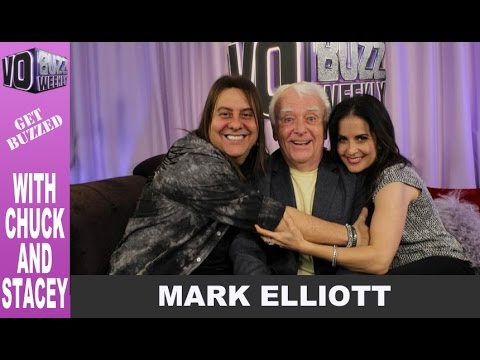 VO Buzz Weekly did a wonderful interview with Elliott in 2015 (click here for part one, click here for part two). He tells how he got started with Disney:
The Disney thing came into play when a very wonderful man, a dear, dear man - I love him to pieces - Craig Murray, was working for Disney at the time, and they were re-releasing, oh man, wouldn't you think I'd know, it was either Cinderella or Sleeping Beauty. I think it might have been Cinderella, they were re-releasing it theatrically. And so Craig called, and by that time I had done a lot of trailers and things so he knew I was aware of how trailers were done. So he called and said "you know, you want to try this?" And I said "I'd love it." And from that point on, it was 1977, I did all the Disney product until 1999, it's been later than that, 2001...It just worked out great, it really did and you think, you look back over your shoulder and you think about decisions that were made, paths that were chosen and all that sort of thing. That, for me, is like the defining moment in my life. Not just my career, but in my life, because it did give me this identity which - thank you, thank you, thank you - continues to this day, people remember. 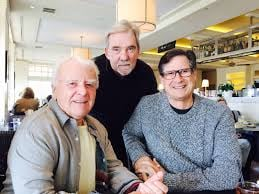 Mark Elliot, Charlie Van Dyke, Ken Levine
Charlie Van Dyke, who worked with Elliott at the aforementioned RKO stations, said on social media "I spoke with him just last week. He was a great talent and a great guy. Sad."
Elliot was also known for being the voice of CBS, FOX, and a number of other advertisers. It is reported he died due to cancer.