May 14, 2021
While we were still writing for LARadio.com last year, John Ireland was kind enough to share his memories of Kobe Bryant just days after the tragic accident. In honor of Kobe's induction into the 2020 Naismith Hall of Fame tomorrow (May 15), we reprint the interview with the Lakers play-by-play announcer: 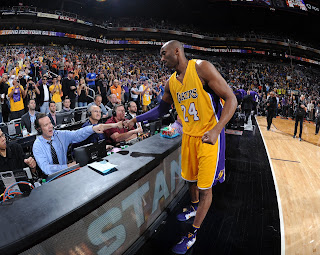 John Ireland is the radio voice of the Los Angeles Lakers, as well as half of the afternoon duo of (Steve) Mason and Ireland on KSPN (710 / ESPN). He has also covered the Lakers for many years on both radio and tv. Interviewed by LARadio.com, Ireland offers an insider’s perspective on the passing of Kobe Bryant:

The Lakers were flying from Philadelphia on Sunday morning. News about the crash was first reported by TMZ before a number of different news outlets could confirm and report on the tragedy. It’s reported many of the Lakers received the shocking news in-flight. 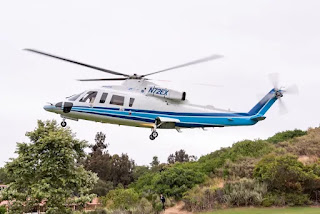 “The Lakers have survived the loss of (Laker announcer) Chick Hearn, the loss of (team owner) Dr. Jerry Buss, and a lot of great Lakers legends. But nobody as young as Kobe. The fact that we didn’t get to see him grow old with his family is what hurts the most,” said Ireland.

Along with several other L.A. stations, 710 / ESPN pre-empted their normal programming to take listener phone calls throughout the first days after the accident. The phone lines were jammed both day and night. “I’ve been doing sports talk radio for 35 years and it’s the most emotional response I can remember.” Ireland said. As to why the mishap triggered such an intense reaction, Ireland thinks, “since the city watched Kobe grow up, it felt like he was part of our extended family...we took several calls from people who were crying. Others were at a loss for words.” 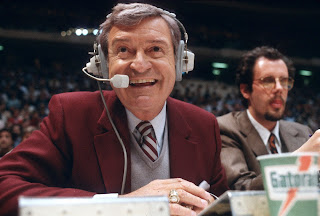 There was a demonstrative outpouring from Laker fans when Hearn died in 2002. Ireland believes this time it’s quite different. “Chick was 85 when he died. Kobe was 41. Although Chick was still on the job, and his death was a shock, he had lived a full life. Kobe hadn't, and (Kobe’s 13-year-old daughter) Gianna was just getting started…And with Gianna being included, it stings twice as much.” 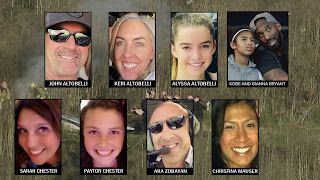 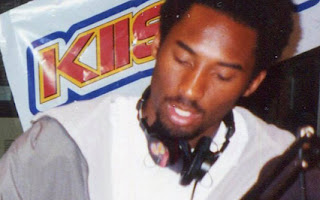 Ireland admits this has been both a time of both mourning and bewilderment. “I think one of the reason we’ve come off so confused, for lack of a better word, is that nobody knows what to say or do. I’m not sure there is any precedence for this.” As for what will happen with the Lakers over the next days and weeks, Ireland said “that’s a hard question to answer…the season will move on eventually. How we get past this is still up in the air, but we’ll get past this eventually. I think we all need to help each other to get over this. There is no manual.” 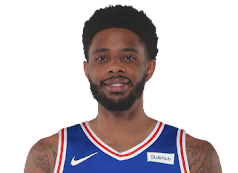 Ireland offered two Kobe stories from the many tales he had. One narrative involved the son of former Laker Larry Drew. “When (Larry) was coaching, Larry Sr. asked Kobe if he wouldn’t mind working out with (his son),” recalled Ireland. Larry Jr. was an excellent high school player, who went on to play at both North Carolina and UCLA. “Kobe agreed to do it, and texted Jr. he would come by the house and pick him up at 4 o’clock. Larry Jr. said he’d be back from school by 3:45 p.m. But Kobe replied ‘no, I'm coming by to get you at 4 a.m. in the morning. You'll be home in time to be a school by 8.’” .

“So Jr. goes and works out with Kobe at 4 a.m., and after a couple of hours, he's dead tired. Jr. then asks Kobe what he's going to do to recover. Kobe responded ‘Recover? I’ve got practice in an hour.’” Ireland said Larry Jr. learned firsthand what many learned about Kobe over the years. “He would not get outworked by anybody, anywhere, at any time.” 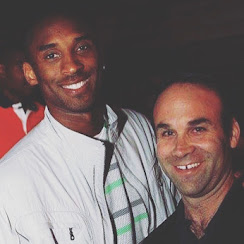 Another time, Ireland recollected a story from 20 years ago, The Lakers had won a playoff series in Houston. “I had to stay at the Arena for a couple of extra hours. Most of our traveling party was at the hotel bar, including Kobe. He waived me over.”

“Hey John, you want a beer?” asked Kobe. Ireland replied “Kobe, you don’t need to buy me a beer, I can get my own.”

At that exact time, a stranger walked up to Kobe and handed him a bottle of beer that the bartender had already opened. The guy said something like, ‘I’m a huge fan, and I always wanted to buy you a beer.’ Kobe thanked him, and placed the beer down on the floor to his left.” Ireland said he saw 17 open beers at Kobe’s feet. One person after another had handed Kobe a beer for the past hour. “I took one, and he said, ‘if anybody else in the TV crew wants one, just let me know.’” 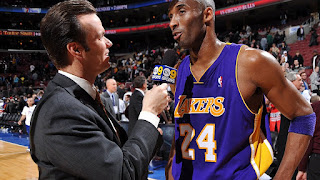 “I could tell Kobe stories for hours,” said Ireland. “He was the brightest star we've had since Magic and Shaq, and he exceeded all of our expectations.”

(Get notifications of blog updates, send your email to ayodaradio@gmail.com)