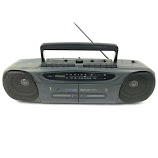 We speculated earlier about a local AM station simulcasting on FM. It’s something you see in a lot of major markets, LA may be the only market – with the notable exception of public radio – currently without an all-news, talk or sports station on FM. That being said, what current station on the FM dial could be “sacrificed” for a simulcast? I can’t think of one.

Which leads me to my next observation – LA has an amazing diversity of Spanish radio. As I mentioned previously, the battle for reggaeton listeners between KXOL (Mega 96.3) and KLLI (Cali 93.9) made it to the front page of the Los Angeles Times (read it here). Plus KLVE (K-Love 107.9), KLAX (La Raza 97.9) and KSCA (LA 101.9) are frequently listed in, or just bubbling under, the top ten of the local ratings. So again I ask the question – where is there room on the Southern California dial for an FM simulcast of an AM station? 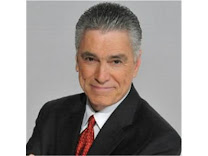 A side note: I recently reconnected with Eduardo Quezada, the legendary news anchor of KMEX-TV and KVEA-TV. He’s going to help me gather resources to provide better coverage of Spanish media and how it impacts the Southern California radio dial. As Jim Healy would say, “stay tuned.” P.S. Senor Quezada is now hosting a weekly podcast, hear it here.

Their social media sites are proclaiming KBLA (1580 AM) will be launching sometime in the middle of June. The station, now owned by BET and PBS veteran Tavis Smiley, promises to be “unapologetically progressive,” offering an alternative to other talk outlets. Of note – although a commercial endeavor, the station will also rely upon listener support.

With the passing of Rush Limbaugh and the recent elections, I’d read speculation that conservative talk was on the wane, now that its most prominent talent has passed. I guess The Answer 870 (KRLA) and its sister station The Answer 590 (KTIE-San Bernardino / Riverside) didn’t get the memo. After a seemingly long search for someone to join Jennifer Horn for their morning drive, The Answer 870 has hired Grant Stinchfield. One of the founders of NRATV, he’ll continue to serve as reporter and anchor at Newsmax TV. Those are some rather solid conservative credentials.

Stinchfield is an interesting choice for The Answer 870, as he’s now sitting in the seat formerly occupied by Brian Whitman. Aside from his comedic contributions, Whitman serves as a liberal counterpart to co-host Grad. There is nothing remotely liberal in Stinchfield’s persona. Salem Broadcasting’s AM drive will definitely be different.

It’s Wednesday as I post this (I’m a day late again, sorry) which means the weekend is in sight. No one prepared us better for celebrating the end of the week than The Real Don Steele. Hear a sample of one of his “Fractious Friday” broadcasts here.

Once again, send me your email if you’d like to be notified about blog updates, ayodaradio@gmail.com. Now back to our regularly scheduled programming.