A visit with a (K)FROG

We're back after some time off. The semester has started, it's been weirdly wonderful to have students back on campus and teaching in person, an emphasis on the word "weird." That's also why the column's a bit late this week. In general, my goal is still to try to provide something new every week, breaking news as it happens, and other periodic offerings. That being said, I may not always post something new on the same day, but I'll do the best I can. As the late Jim Healy would say, "stay tuned."

If you don’t know already, my mentor Don Barrett reposts past columns at his website, www.laradio.com. A couple of weeks ago, he posted a story from 2006, when KZLA’s format change left the local dial without a country station. KKGO (“Go Country 105) wouldn’t debut until six months later. The story noted that the Inland Empire’s “K-FROG” (KFRG) did fill in the void for many L.A. listeners, the station even gave Shawn Parr an opportunity to say farewell to his viewers – the KZLA flip was so sudden, Parr could only play one record (Tonight I Want to Cry by Keith Urban) before the quick change to urban contemporary. More about that in a moment. 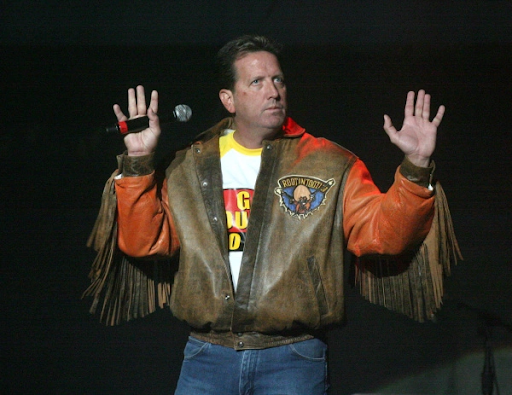 Now host of the syndicated "Shawn Parr's Across the Country."

I had mentioned previously I spent a few days in Riverside, where I lived while attending grad school back in the mid 80s. I was scanning the dial and mentally comparing changes that had occurred over the past thirty years (wow, was it that long ago?). When I first got there, 95.1 FM was “Loving and Gentle” KQLH, a soft adult contemporary station. I heard them switch to “Q95,” offering CHR (not even Wikipedia noted this) for a very brief time until they became the big deal in Riverside-San Bernardino market. And beyond.

With a chorus of “ribbet” sound effects and amphibious-sounding names (Heather “Froglear” comes to mind), K-FROG 95.1 debuted in 1989. Prior to this, KCKC was “the” country station at AM 1350. But the FM upstart soon eclipsed its AM counterpart as well as ascending over the Inland Empire. 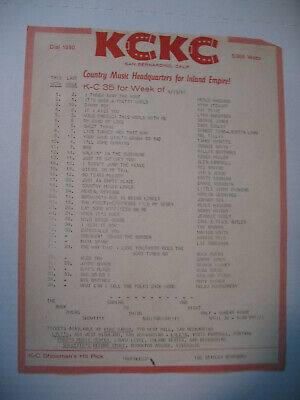 It was pretty amazing for a radio junkie like me. I saw K-FROG bumper stickers all over town as the amphibian became ubiquitous. It actually generated some significant competition for the station advertising “the best and most country.” KBON flipped from oldies to become the FM simulcast to “Fresh Country” KCKC-AM, while 92.7 FM (KWDJ) challenged listeners to tune into their station that questioned any thought that they were offering “the worst and least country” (an interesting advertising strategy, if I do say so myself). But both FM stations were dwarfed by KFRG’s 50,000 watt signal.

Soon, K-FROG owner Keymarket would create similar stations (“FROGGY 94.9” in Pittsburgh, “FROGGY 101.7” in Frankfort, Kentucky for example) with the same smiling frog on the logo, offering country hits elsewhere in the U.S. But Colton, California is where the original K-FROG resides. They did local appearances, highlighted news and events of the Inland Empire (I recall a broadcast from the Cabazon Premium Outlets, another visit at the Apple Valley Airshow, just to name a few). The station had a distinct, friendly neighborhood sound. It was the radio home of the aforementioned Shawn Parr, Ginny Harmon, and several others who’d later find work on the L.A. airwaves. Solid, major market talent.

Their success made the station attractive when CBS was building up their portfolio of stations. As we previously recapped, K-FROG became the only Southern California outlet for country when KZLA dropped the format 15 years ago. The station even modified their antenna to reach more listeners in the L.A. metro area. 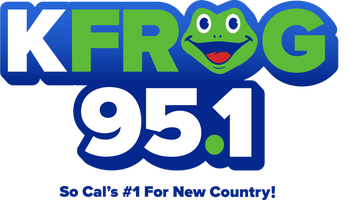 Now to the present. Listening to K-FROG while I drove around Magnolia Avenue in Riverside, I was thinking K-FROG is still a good country station, but it’s definitely not the same. I know better than to pine for radio’s past – that’s long over – but nonetheless, a few observations.

One is the commercial load, what was once a station which boasted having more music, K-FROG has the same multiple 8-10 spots throughout a given hour that I hear in L.A. When I scanned the dial and returned to K-FROG, there was a good chance I’d run into an ad instead of music. This may be reality, but I’d argue it’s not encouraging listenership.

Then there’s the reiteration of the oft-heard lament about radio today. Fortunately, David (Bugenske) and Kelli (Green) are heading morning drive, plus Heather (Froglear) and Anthony (Donatelli) have been reunited for the drive home. But the rest of the day and night is tracked from Audacy’s New York country station, with no one identified for overnights.

To repeat, I don’t want to lament about the old days, but I’ll offer this opinion. I’ve been told over and over again by management is the average listener can’t tell the difference between a live deejay and a voice-tracked program. I’ll offer this pondering. The average listener may not really care if it’s out-of-town, pre-recorded talent on their station. But does it simply reflect a more disconcerting, overall attitude they don’t really care about the radio station, period?

K-FROG is still definitely worth a listen. But I remember when times were better. 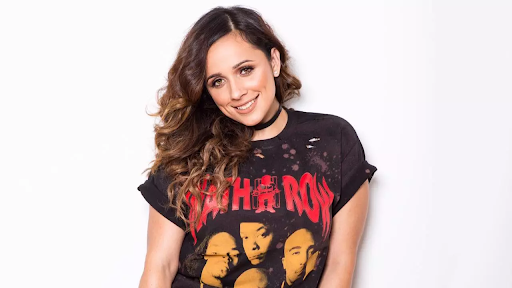 Want to be notified when we update the blog? Send your email address to ayodaradio@gmail.com. Your information will not be sold or distributed.