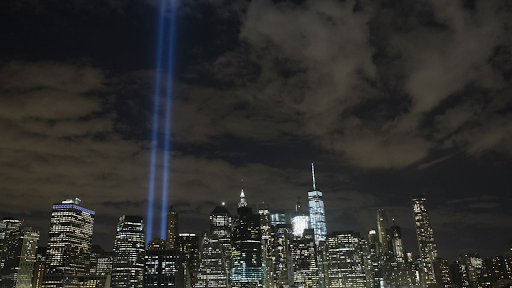 It was a Tuesday morning, September 11, 2001. I was awakened by a phone call from a good friend at about 7 in the morning, I'd slightly overslept. She let me know something horrible was happening in New York. My wife and I carried our then 4-month-old son to the front room to watch TV coverage. I kept watching the TV coverage until we received a message from our University President, asking us to come to campus so we could be there for our students. So the radio became my source of updates of an ever deepening calamity. 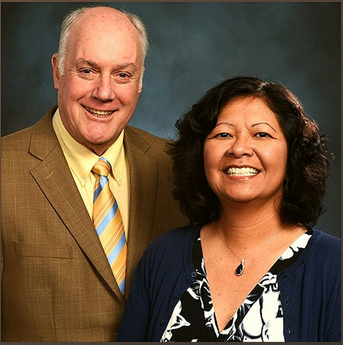 I tuned across the dial, dominated by network coverage and music stations simulcasting either TV news or their corporate cluster's news / information station. I landed on all-news KNX to hear Tom Haule and Linda Nunez, my primary source of information as I drove into work. Tom is kind enough to share his recollections of that day:

There are things from Tuesday, 9-11-01 that stick with me vividly to this day and many other details that have fallen away.  Linda Nunez and I had been on the air for about 40 minutes when we began to get word that an airplane had hit the World Trade Center.  Initially, we did not know what kind of airplane.  The tendency was to think it was a smaller private jet that may have somehow had some sort of fatal issue with its radar, communications or pilot.  We just couldn't imagine what had to have gone wrong for such a terrible accident to take place.  We kept updating events as we got more information. 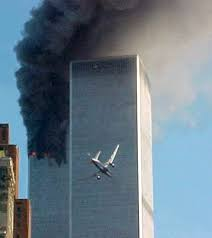 Eventually it became clear that it was a large passenger jet but it still seemed like a terrible accident.  By six o'clock we took the CBS network hoping for some clarification from the scene.  I stepped out of the studio during the top of the hour network and had my first thought that it might not have been an accident.  I went back in and started to suggest to Linda that it might have been something more sinister and she looked up at the TV monitor and gasped, "Oh my God, another one!"  That was the second jet hitting the other building. 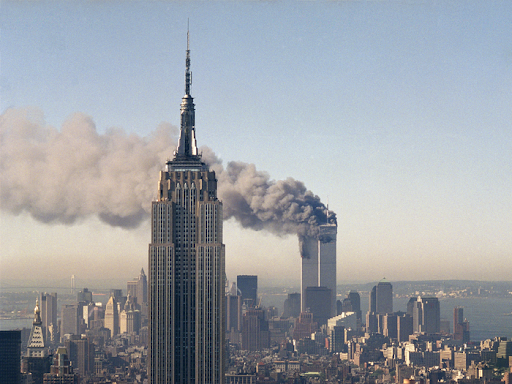 businessinsider.com
From that point on we just stayed on the air.  Remember, this was a first in terms of an attack of this nature.  We were all finding our way in determining how to handle the coverage.  Linda and I settled in with split headsets so we could hear live TV coverage in one ear and our own air in the other ear.  Linda got busy on the Internet finding updates and different aspects of the story while I kept repeating the facts as we knew them and as the story broadened.  It wasn't long before we heard of the attack on the Pentagon and the other plane that went down in Pennsylvania.  By this time, all commercial aircraft had been grounded.  No one was sure where the President and Air Force One were.  Dick Cheney was in an "undisclosed location," and it had become apparent that the country had shifted from accident response to a war footing. 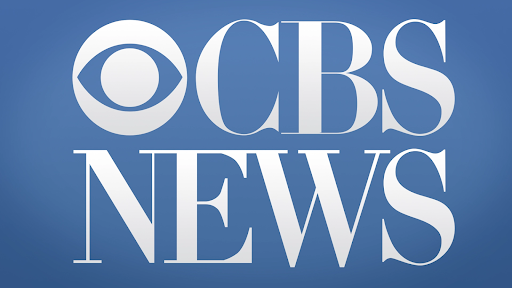 As for the format, it sort of developed itself.  CBS News was running wall-to-wall coverage with joins at the top of the hour, :20 and :40.  A "join" is a time when the network sounds like it's beginning a new broadcast.  Linda and I would hit each join and go back to network coverage knowing that at some point we will have new information and we would break out of the network to get that on the air.  We would go back to the network at the next available join.  I do recall seeing the towers fall and breaking out of the network coverage to go live and describe that.

I don't recall when we dumped our commercial load, but I think it was fairly early on.  It was definitely by 6AM around the time the second plane hit.  We never heard one word from anyone in management questioning that decision. 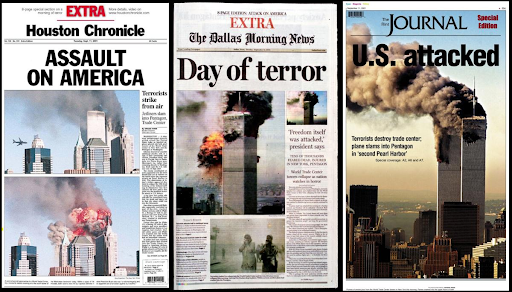 Throughout the morning, I do not recall having any discussions with management about how to do what we were doing.  I think we were able to develop a fairly reliable approach and people let it happen.  We just used our time in network coverage to organize what we would say during the next local cutaway, but most of that was tossed out because of ongoing developments.

An aside to this story: what we did that morning gave us a blueprint to follow in future breaking news situations.  While nothing is ever the same, we at least had some idea how to respond when somebody started shooting at LAX or some other disaster hit and required extended long form coverage.

Throughout the weekend, we'll be sharing the recollections of other local radio personalities and listeners as they remember what happened on 9-11 twenty years ago. Thanks to those who've already sent me their memories, if you haven't done so already feel free to send me a note at ayodaradio@gmail.com.