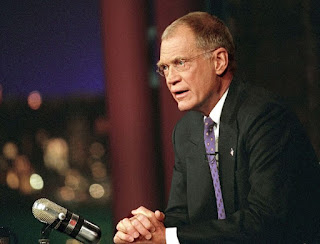 I recall a friend of mine who was a frequent business traveler. She used to state it was faster and easier to go to LAX and jump on a plane, instead of driving, for a meeting in San Diego. Needless to say, things have changed. Several news stories over the weekend referenced the changes in security procedures, let alone how politics have changed since 9-11. Nonetheless, thinking back 20 years ago was a reminder the real tragedy was the lives lost that day. I found a YouTube video of David Letterman's first broadcast after 9-11, it's worth a view.

More of you have shared your 9-11 memories: 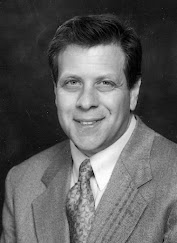 I was working for KCOP at that time. I was their archivist and I produced documentaries. I was at home the morning of 9-11, having breakfast and watching the station’s morning newscast when the towers were hit. I immediately left for the station, where I spent the next several days monitoring endless hours of video feeds, as well as all of our live coverage. I retired from KTTV last year, and the station’s library still holds hundreds of videotapes of air checks from Fox, CNN, KTTV and KCOP in the station’s news library. I saved everything, including anniversary memorials. – Mitch Waldow 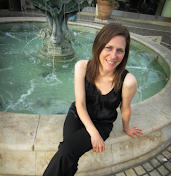 I was listening on the local dial.

I'm retired now, but I was working then as personal assistant to a local attorney/CPA.  We were in the process of splitting up his old firm.  While he was on vacation, he fried a hamstring so he was housebound while that healed.  I was going back and forth between his house in Malibu, the new office in the Valley and the old office in Beverly Hills.  On that terrible day I heard about the events on the radio, as I was driving up PCH to his home.  I remember the uncertainty, the shock and the fear - what would happen next?  Would those evil people strike the West Coast as well?  My boss said he didn't think so; he thought they had shot their bolt for now.

I didn't see the visuals until I got home.  To this day I haven't actually watched them very often; it's too painful.

I don't remember who was on or what they said, but my car radio was always tuned either to KFI, KNX , or I'd play my cds.  I turned to KNX when there was heavy news and I wanted an authoritative voice.

One of our clients had a son who worked for a stockbroker in one of the buildings in the Towers complex.  He was at work that day; his mom was in LA - 3 hours time difference.  She had just had some minor surgery and was staying home on pain pills.  He called her and said "I'm okay, mom -- I got out in time - don't worry!"  She had not yet turned on the TV and had no idea what he was talking about.

People shouldn't abandon radio for Twitter.  In times like those, and like these, there is great need for an authoritative, trustworthy news station - one people can believe in.  Instead these days we get the wildest rumors off Twitter.  No good will come of that. – Janice Jacobson 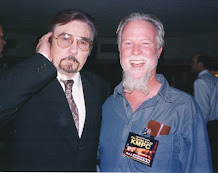 Timmy Manocheo with Gary Owens
I went to work at the usual time in So. Cal., which was 6:30AM & immediately heard what was still a confusing mess. I was listening to KLOS, Mark & Brian, and I was astonished. At a break, I instantly turned to KLSX and caught Howard Stern via his national syndicated morning show, and could not turn away from then on. Like Stern or not, what I was listening to then, was nothing short of historic, as he was broadcasting live from nearby the epicenter of what was occurring in NYC. 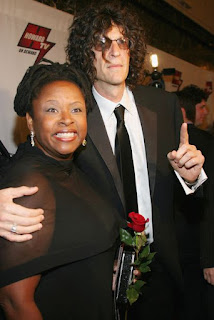 I was able to listen to the entirety of Stern's show that morning, because I worked mainly outside and had access to a radio, while I did so. Stern made an on-air decision to remain live, with full staff, beyond his regular shift ending for hours, until whatever was happening played itself out. He had several, now self-appointed reporters calling in from all over the New York area, including New Jersey. That had to be the most intense broadcast ever. I could feel the shock, pain, fear and anguish of people who were seeing it all go transpire in front of their eyes. I can still hear Stern's co-host, Robin Quivers, as she held back tears, exclaiming the horrifying disgust and anger of the second tower getting hit by yet another commercial jet-liner.

They had TV monitors in the studio, but it was the call-ins that were so revealing to me. I am not sure if what I heard was actually live, or delayed a couple hours, that day, but it did seem live as I listened. It must have been a similar reaction to what many heard back when Orson Wells and The Mercury Theatre On The Air performed on Halloween Eve, 1938, but sadly, this time it wasn’t fiction. It was reality at its rawest & most dramatic. – Timmy Manocheo

I was actually watching CNN one minute before the breaking news. I was in the shower until 6:13 a.m. when I found out what had happened. I think AM 690 was sports, but they were offering news coverage. By that time, KCAL-TV was taking CNN. Riding in a van to work without a radio sure left me in the dark.

When I walked into my office, I figured someone was watching TV as I heard Peter Jennings on ABC-TV. Instead, it was KZLA running the network TV coverage. Since I was in a Verizon switching office, hearing AM signals was a challenge, but in scanning FM stations, I noticed KRTH simulcasting KNX. I later found out KRTH returned completely to music by 10 a.m.  Later that afternoon, around 4 p.m., I couldn’t find any FM station offering wall-to-wall coverage, in contrast to TV coverage which was continuous until Saturday morning. 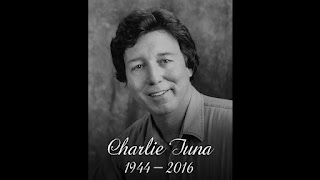 As then as it is now, radio does not seem to be the place to go for continuous news coverage, different than it was years ago. I suppose the networks did offer ongoing coverage, but local stations, at least in this market, are hardly likely to take the network. – Chime Hart

Send your email address to ayodaradio@gmail.com to get blog updates. Your information will be kept confidential.