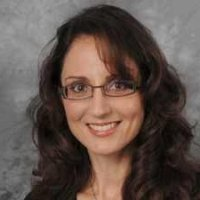 Recovery ward: KLOS morning co-host Heidi Hamilton is recovering from bladder surgery to remove tumors. Heidi's wife Cris offered an update, stating Heidi is doing well but hating having to use a catheter while recovering. 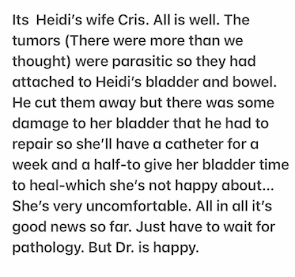 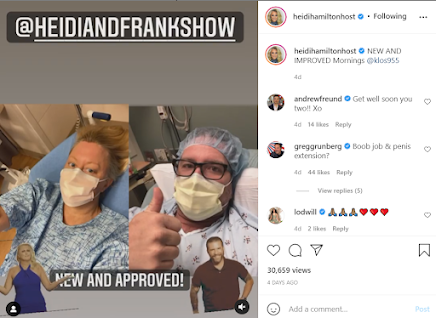 It turns out co-host Kramer is also ailing but recovering, both hosts promise to be back on the air in the very near future.

A new Angel now in flight: Sorry to hear of the passing of Jack Angel, the host of "Night Flight" on KMPC followed by a longer stint at KFI and a year at KIIS. I may have mentioned my parents had KFI playing on the kitchen radio, so I became familiar with Angel along with Lohman and Barkley, Jerry Bishop, Chuck Cecil, Dave Hull, and Scott Ellsworth throughout the early and mid-70s. Angel eventually departed KFI when the station tried a bold, but ultimately unsuccessful all-comedy lineup. He then established himself as a voiceover talent. Angel was best known for the Transformers franchise, including several key characters from the original G1 cartoon such as: Omega Supreme, Ultra Magnus, Smokescreen, Astrotrain, Breakdown, Ramjet, Cyclonus, a Sweep and some other supporting characters of the show. Besides Transformers, he had a prolific career being part of other classic franchises like Voltron, Spider-Man: The Animated Series, G.I. Joe and more.
Angel died last week at the age of 90. (Thanks to LARadio.com for the bio.)

A moment of slight narcissism: I didn't even realize it's been over a year since I started this blog. It began as an outlet for me after the retirement of my mentor, Don Barrett, from his daily updates at LARadio.com (although he still reruns past columns, a fun read). Initially I planned to tell some stories about radio's past, I do that but also learned there's still interest in current news about the local radio dial. I try to provide weekly updates but as I've mentioned ad nauseum I have a day job that gets in the way of my real work.
There's some interviews coming up that I hope will be of interest, also I'll occasionally pontificate about what I'm hearing during my hour-long commutes.
Most importantly, I'm grateful to all of you who do partake of this effort. We've managed to make it past a tumultuous couple of years, your readership and feedback is invaluable and appreciated. Remember, I really do appreciate feedback, just not in my headphones. Ah, I haven't offered that overused one-liner for awhile. Maybe I should have kept it that way.
As always, please subscribe for blog updates - and give me feedback - at ayodaradio@gmail.com. All of your information is kept confidential.
I'm off to a conference in Orlando, Florida along with my Amazon-purchased N95 masks for the plane ride. See you in two (2) weeks unless there's breaking news. Stay safe and sane. 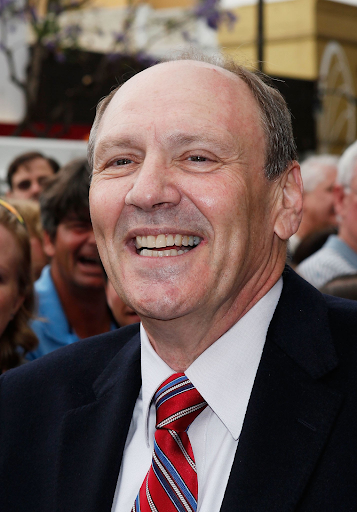