One thing I can get my students to agree on (besides a disdain for my dad jokes) is the universal disgust of finals week. As I take a break from grading, here's this week's look at what's going on. 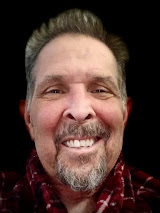 Good news from Eric Tracy, who had surgery last week for esophageal cancer. He posted on social media that his cancer has not spread, so this is good news indeed. Or as Eric said himself: “PRAISE GOD!  I wrote to my kids ‘It looks like I'm going to be around awhile longer to continue to drive you crazy.’” 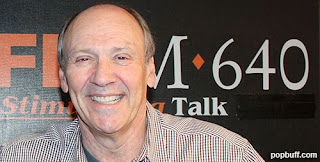 It appears Bill Handel will need a bit more time to recover. Gary Hoffman and Shannon Farren continue to sit in during KFI mornings, with Wayne Resnick and Mo Kelly taking care of middays for the remainder of the week.

While we’re visiting the iHeart Pinnacle building, Jill Kempton has been named the new program director at ratings leading KOST. She succeeds John Peake, recently promoted to Senior VP of Programming for iHeart Media Los Angeles. Kempton arrives from Washington DC, where she will continue as PD of WASH along with her new KOST responsibilities. VP Peake continues to also serve as PD of KBIG (104.3 MyFM). 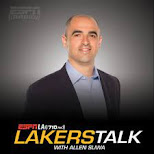 A new local show is about to debut on KSPN (710 / ESPN). Travis Rogers and Allen Sliwa will take over the 9 – 11 a.m. slot currently occupied by Mike Greenberg. Some have noted the local ESPN station is now simulcast on AM 1110, the former frequency for Radio Disney.

Which leads to the current speculation for what’s happening over the next few months for the all-sports station, along with a little history:

While others wonder who’s willing to hear classical music on AM, K-Mozart (KMZT) is doubling down and adding more personalities to AM 1260. Among some of the new (and returning) features: “Evening Concert,” a KFAC staple for 75 years, returns weekdays at 7 p.m. hosted by Nick Tyler. Opera Diva Suzanna Guzman and pianist David Benoit will be featured on Sundays offering opera and other standards. Chuck Southcott will be presenting Broadway show tunes on Saturday mornings. Russ Maloney will now host weekday morning drive. K-Mozart owner Saul Levine describes this as a relaunch of the format he debuted back in December (read about it here). It’s worth noting the station is streaming at kmozart.com and there is an mobile app available. In the March Nielsen ratings, K-Mozart had a 0.1.

Back in 1972, I was still largely listening to AM radio. I had yet to discover much on the FM dial, though I was beginning to become aware of the other radio band. I didn’t know much about KMET, it would take awhile before I discovered “the Mighty Met.” Except for one program. My friend played a tape of this odd program he discovered on Sunday nights on 94.7. It was how I was introduced to the sweet voice of Barry Hansen, a USC music professor who was better known by the moniker Dr. Demento. There was one particular song that…er, stood out. Hear it here. 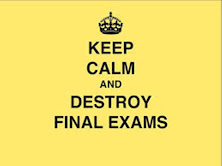 Thanks for your patience with this week’s edition of the blog, it’s been a little busy. Send me your email if you want to be notified when we update the blog, ayodaradio@gmail.com. I’ll be sorting out your emails from my students messages protesting their final grades.